Ziusudra and the Flood

Ziusudra and the Flood

Ink and graphite on paper.

Originally started in 2008 but abandoned then re-visited near the end of 2011 and finally finished in March 2012. Next step is gallery exhibition and eventually colour.

One of the subjects featured here is Ziusudra, the Sumerian 'Noah', hero of that flood myth. Likely what inspired the biblical flood story as it has many striking similarities. Ziusudra (Wikipedia) 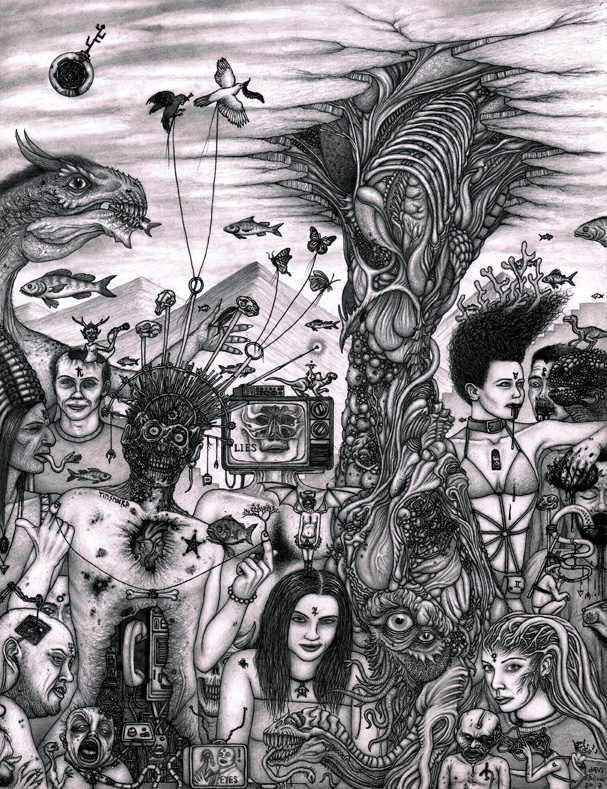 Posted by dAeve Fellows at 12:05 PM No comments:

Email ThisBlogThis!Share to TwitterShare to FacebookShare to Pinterest
Labels: Drawings

Part of an ongoing series of biomorphic automatism studies, this piece being more or less a preliminary sketch for a larger work in the same medium. Posted by dAeve Fellows at 12:28 AM No comments:

Ink And graphite on paper with added digital colour, 2012 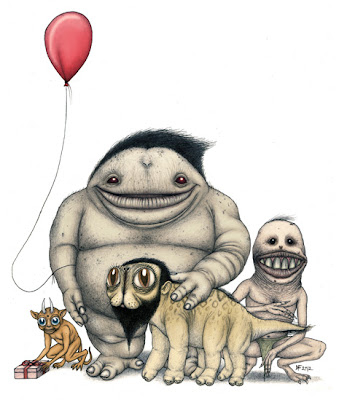 Posted by dAeve Fellows at 9:19 AM No comments:

Email ThisBlogThis!Share to TwitterShare to FacebookShare to Pinterest
Labels: Illustration

Second Exquisite Corpse with Bernard Dumaine (France). He started the top half and sent it to me with only a one inch stripe visible and then I completed the rest. Here is the result, I definately look forward to working with Bernard again in the future. Enjoy! 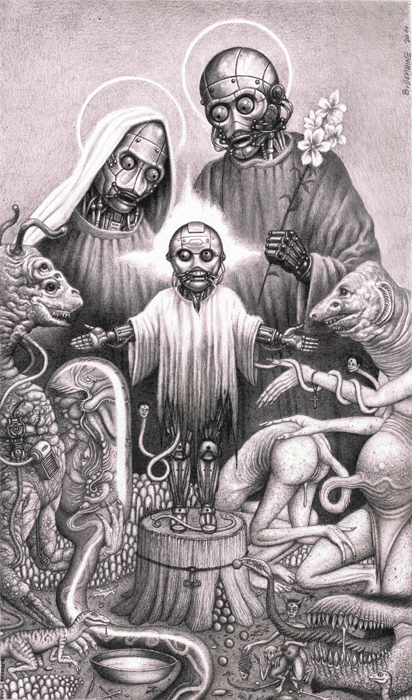 Posted by dAeve Fellows at 9:41 AM No comments: